Named for the African forest where it was first isolated in 1940, the Zika virus has remained a public interest over the past year. Ongoing outbreaks in Brazil are estimated to have infected more than one and a half million people and have been associated with debilitating birth defects and other serious health concerns.

As the eyes of the world turned to Rio de Janeiro for the 2016 Summer Olympics, scientists and public health officials across the globe moved quickly to respond to the virus which many experts believe will spread across the Americas in the coming months. Among those responding, Dr. Dan Janies, The Carol Grotnes Belk Distinguished Professor of Bioinformatics and Genomics at UNC Charlotte sat with Inside UNC Charlotte TV to discuss Zika. 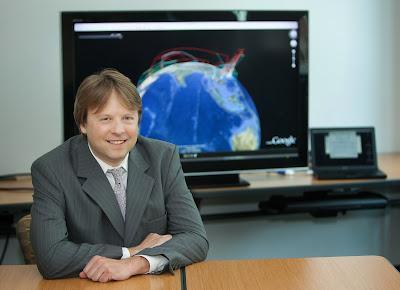 As a researcher studying Genomics and Bioinformatics, what do you do when consider when studying a disease or a virus like Zika?

Epidemiologists typically look at the occurrence of the disease, putting points on a map. In Genomics, we look at the biology of the disease itself, its genetics. In a more functional molecular way, we look at what has occurred to cause the disease. By observing genetic similarity, geneticists connect those dots and see how the disease is moving across the earth. So, we’re looking at both time and geography, as well as comparing samples that have been taken from patients across time and geography. Labs across the world are sequencing the virus and sharing that information over the Internet. We compare all those viruses and compare their Meta data, where they're taken from, and what biological properties they have, what animals or humans they are taken from, and we put all that in context akin to a weather map.

Zika has been known as a relatively mild virus. What's different in current cases that have public health officials concerned and scientists involved?
The disease recently spread from Africa across Asia and the Pacific. In doing so, it's taken on new properties, causing birth defects in children and Guillain-Barre Syndrome in some mature adults. Our work has shown that the virus has picked up novel mutations as it crossed the Pacific into the Americas. Those mutations seem to be allowing it to attack the immune system, causing both birth defects and the Guillain-Barre Syndrome. That's completely new for the virus. 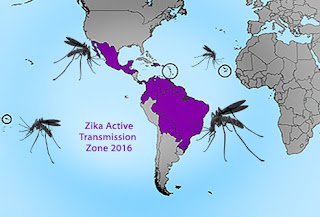 Can those conditions cause long-term debilitating conditions or, in some cases, even death?
Yes, in children it’s microcephaly –the child's head and brain don't fully develop. That's one very obvious phenotype of the disease but there are many others: limb problems, eye problems, hearing problems and developmental problems.  It might not just be microcephaly.  In mature adults, Guillain-Barre Syndrome is a paralytic disease; if it’s not treated, it can attack the lungs and then cause death.

How dependent is this kind of science on advances in technology?
Bioinformatics and Genomics in our program is a reflection of a lot of very recent technological advances. One, the ability to share information rapidly over the Internet primarily. Two, the ability to rapidly compute on that shared information. These are big data problems and we have high performance computers to do that. Lastly, the advent of very good sequencing technology so we can observe with precision the building blocks of the viruses.

In the past, you’ve explained these changes to the virus as purposeful. Why is the virus doing this?
As viruses replicate themselves, they make a lot of errors. They don't have a lot of error correction in their replication and that's actually an advantage; their sloppiness is an advantage and some of those variants go on to take on new properties and allow the virus to have new strategies such as crossing the Pacific not on mosquitoes but on human travelers.

What are the next steps moving forward for you in your lab? What are some of the concerns you're looking at from an American and a North American perspective in terms of the spread of this virus?
Since the outbreak in Miami it has become a continental U.S. problem and it looks like these outbreaks are not travel warranted. People who have not traveled to Miami are starting to experience the disease from their local mosquitoes. What we're looking towards now is which species of mosquitoes can be infected and what the range of those mosquitoes is across the continental United States. That will allow us to predict the spread of the virus.

As an Urban Research University, we also look at the student experience and educating students. How does this work relate to what your students are doing and what the Bioinformatics program is doing?
UNC Charlotte has a Department which is unique to the country and around the world in training Master’s and Ph.D. students and undergraduates in technologies used to track pandemic diseases. What they're doing is extremely socially relevant work.

Watch an 8-minute video interview of Janies on YouTube.

Dr. Janies is a national principal investigator in the Tree of Life program of the National Science foundation and is funded by the Defense Applied Research Projects Agency. His work involves empirical studies of organismal diversity and development of software.