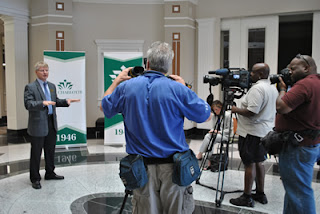 The Office of Public Relations in the Advancement Division partnered with Lee College of Engineering and EPIC officials to organize and conduct the media tour.
Posted by John@UNCClt_News at 6:37 AM