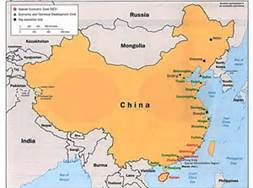 
In any case, the rise of hundreds of new towns in the next decade will be a significant phenomenon to observe in China and will surely influence the rest of the world.
# # #
Zhongjie Lin is an associate professor of architecture in the College of Arts + Architecture
Posted by John@UNCClt_News at 6:59 AM