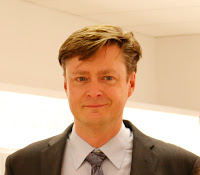 Andrew Hartley, Robinson Distinguished Professor of Shakespeare in the Department of Theatre, has written a new fantasy-adventure-mystery for young adult readers. “Steeplejack: A Novel” will be released by Tor Teen on June 14.

Set in 19th-century South Africa, the book has received glowing reviews, particularly for its young female protagonist. The monthly book review publication BookPage named it the “Top Teen Pick” for June 2016. Steeplejack is the first book in a series of three.

Hartley, who writes fiction under the name A.J. Hartley, has published numerous novels of fantasy, mystery and historical fiction for adults and young adults, including novelizations of two Shakespeare tragedies, “Macbeth” and “Hamlet” (written with David Hewson). He recently collaborated with platinum-selling musician Tom Delonge to write “Sekret Machines Book 1: Chasing Shadows,” the first of three volumes that was released by Simon & Schuster in April. 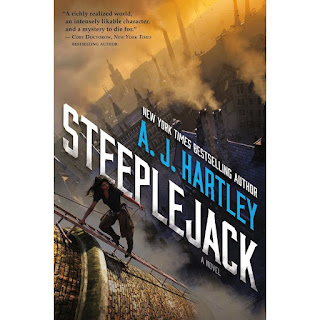 Phillip Brown is assistant director for internal communication.
Posted by John@UNCClt_News at 8:33 AM