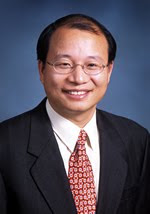 A new international standard is now available for protecting confidential digital information -- thanks to a UNC Charlotte professor regarded as the father of such technology.

After nearly a three-year process, the research efforts of College of Computing and Informatics’ professor Yuliang Zheng have been formally recognized as an international standard by the International Organization of Standardization (ISO).
Zheng invented the revolutionary new technology signcryption and continues his research in the college’s Department of Software and Information Systems.

Signcryption is a data security technology by which confidentiality is protected and authenticity is achieved seamlessly at the same time. When logging in to an online bank account, signcryption prevents a person’s username and password from being seen by unauthorized individuals and, at the same time, confirms that person’s identity for the bank. More traditional means of cyber security make this a more time-consuming, two-step process.

News of the adoption by the ISO of signcryption as an international standard comes amidst daily reports of cyber attack and cyber crime around the world. Zheng adds that the application will also enhance the security and privacy of cloud computing.
“The adoption of signryption as an international standard is significant in several ways,” said Zheng. “It will now be the standard worldwide for protecting confidentiality and authenticity during transmissions of digital information.”

Known as the father of the signcryption technology, Zheng is internationally recognized as an authority in cryptography and network security. He has published more than 200 scholarly articles and books on security and holds several patents in cyber security. His most recent publication “Practical Signcryption” is currently on sale worldwide.

“This will also allow smaller devices, such as smartphones and PDAs, 3G and 4G mobile communications, as well as emerging technologies, such as radio frequency identifiers (RFID) and wireless sensor networks, to perform high-level security functions,” he said. “And, by performing these two functions simultaneously, we can save resources, be it an individual’s time or be it energy, as it will take less time to perform the task.”