Super-Scholar bound for med school, then Oxford or Cambridge 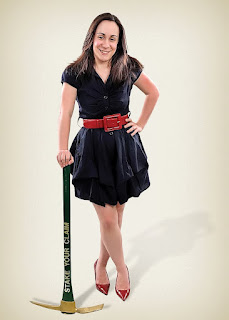 UNC Charlotte student – wait, “student” doesn’t do justice to what Casey Rimland is. Start over. UNC Charlotte super-scholar Casey Rimland already had gained notoriety last year as the University first-ever Goldwater Scholar. The Barry M. Goldwater Scholarship and Excellence in Education Program honors the late senator who served 56 years as a soldier and statesman, including 30 years of service in the U.S. Senate. That program aims to help produce a continuing source of highly qualified scientists, mathematicians, and engineers by awarding scholarships to college students who intend to pursue careers in those fields.

That was then; this is now. Now, Rimland has snared an even grander prize – a National Institutes of Health Oxford Cambridge scholarship in pursuit of an MD/PhD degree.

The NIH Oxford Cambridge Scholars program allows students pursuing a combined MD/PhD degree to complete their PhD research in partnership with the NIH and either Oxford or Cambridge University.

The program selects only four students a year who have not yet enrolled in medical school (designated track 1). As a track 1 student, Rimland applied to both the NIH OxCam program and Medical Scientist Training Programs (MSTP, i.e. MD/PhD programs funded by the NIH) at the same time. In order to participate in the NIH OxCam program, she had to have been accepted to an MSTP program.

Rimland said she has chosen to attend UNC-Chapel Hill's MSTP program in the fall. “Ultimately, I will not pursue my PhD research at UNC, but I am still considered part of the MSTP program at UNC,” she said.

The program is fully funded for all eight years of her training – eight years at Chapel Hill and Oxford or Cambridge, for an MD and PhD degrees! The award includes her medical school tuition at UNC, her PhD tuition to either Oxford or Cambridge, health insurance, fees, a stipend of approximately $25,000/year, and a travel allowance of $3,000/year.

(Do you wish you had studied a little harder in algebra back in eighth grade?)

After she defends her thesis, she’ll return to UNC to complete the last two years of medical school clinical rotations. She will graduate with a MD degree from UNC and a PhD degree awarded by either Oxford or Cambridge.

Nice work, if you can get it, huh?

Goldwater scholar. NIH scholar. UNC med school. Oxford or Cambridge PhD. Must be a 49er.
Posted by John@UNCClt_News at 7:59 AM